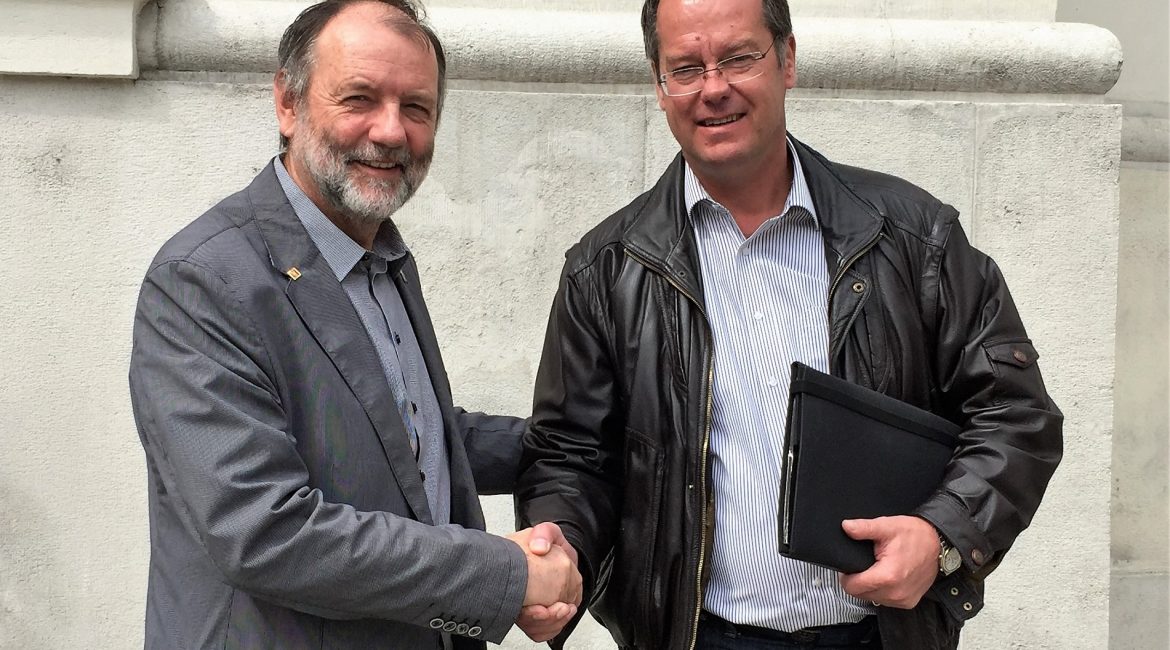 From July 24 to 28, 2018, Upper Austria will be the center of fistball, when the best women’s national teams will play for the World Championship in Linz (AUT). Host Austria is among the top favorites and contenders for the title.

The games will be played at the school center Linz-Auhof where the organizers found a perfect setting. “A center court for 2,000 spectators will be built on the large venue. The fans can look forward to a terrific stadium at an ideal location. We will create the preconditions for a high level fistball event”, says Christoph Oberlehner, Secretary General of the Organizing Committee.

“We would like to thank in particular also the Ministry of Sports, Sportland Upper Austria and the City of Linz – without their support we would not be able to organize a World Championship at that scale”, says IFA President Karl Weiß. The seasoned Organizing Committee includes 15 people all of which have gathered experience organizing the World Championship 2011, Euro 2016 and the finals of the Austrian League in 2017. The fans can already look forward to a great Women’s World Championship and mark their calendars for July 24 to 28, 2018!