Fistball Austria at the Linz Marathon 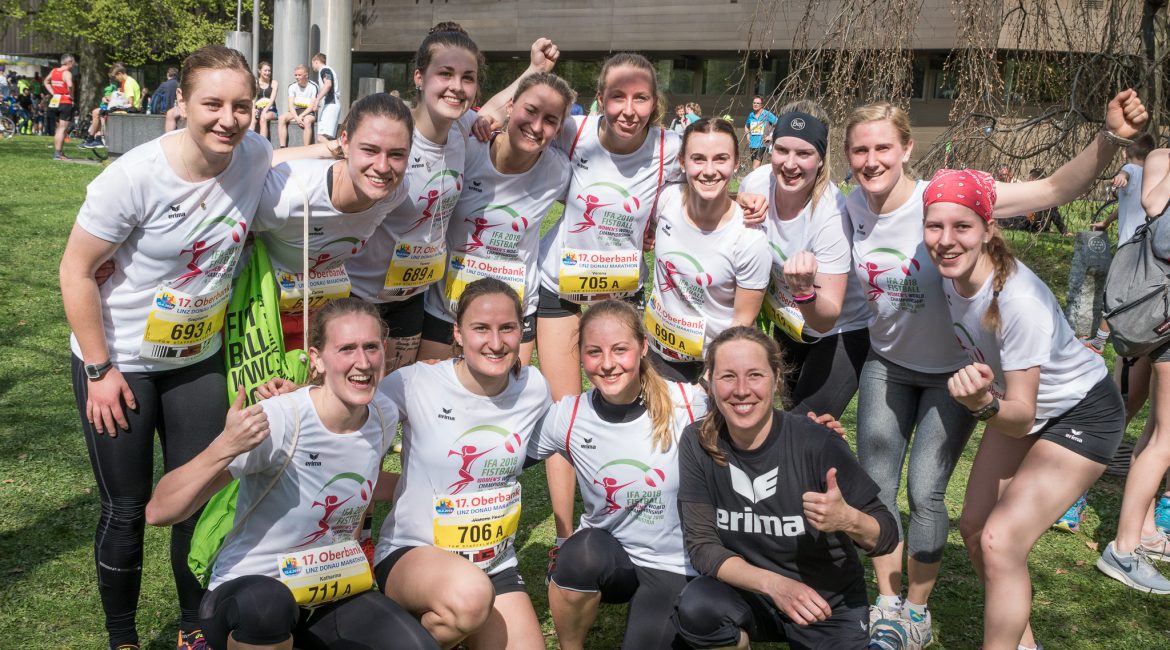 Faustball Austria used the weekend to tune all Austrian national teams with a common corporate identity day and the subsequent participation in the Linz Marathon on the upcoming big events.

Next summer, the men’s national teams and the U21 junior European Championships will be on the program. The U18 teams are at the World Championships in the US in use. The big highlight from a domestic point of view, the women’s home championship, takes place from 24.-28. July in Linz.

It starts in Linz

As part of the preparation, the national teams of Faustball Austria completed a joint weekend in the World Championship host city, starting the countdown to the upcoming major international fistball events.

“We want to create a WE feeling in the Austrian fistball community. This means that the respective coaching teams work together more closely and we bring the individual teams closer together in joint team events “, ÖFBB sports director Klemens Kronsteiner explains the expectations after the first” CI day “. “Especially with regard to the women’s home World Championship in Linz in July, mutual support is enormously important.”

After fitness tests and a joint gala evening in the “Voest Stahlwelt”, all national teams took part in the mixed relay on Sunday at the Linz Marathon. “The media attention and the internal cohesion are really important for us in the World Championship season. That’s why we are already trying to make a big impact, so that we have the chance to play our home tournament in front of a full tribune in July”, said women captain Karin Kempinger.