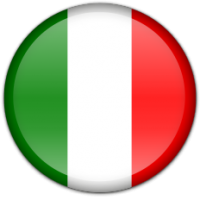 Germany does not really have to improve against Italy. Concentrate perfomance in the defense, Captain Sonja Pfrommer and Svenja Schröder score in the attack. After a clear first set Italy gets a bit better in the second set, but it still won’t be exciting. Svenja Schröder turns the first match point into a clear 2-0 success.

Anna-Lisa Aldinger (GER): The most important thing for us is to get our heads in the game and play good matches. Those last two games really helped us to get used to the conditions of the championship.

Gloria Biasion (ITA): In this game our second team got a chance to play. We knew from the start that Germany was a strong opponent and that our chances to win were limited. We will continue to stay motivated and hopefully we will win more matches during this championship.