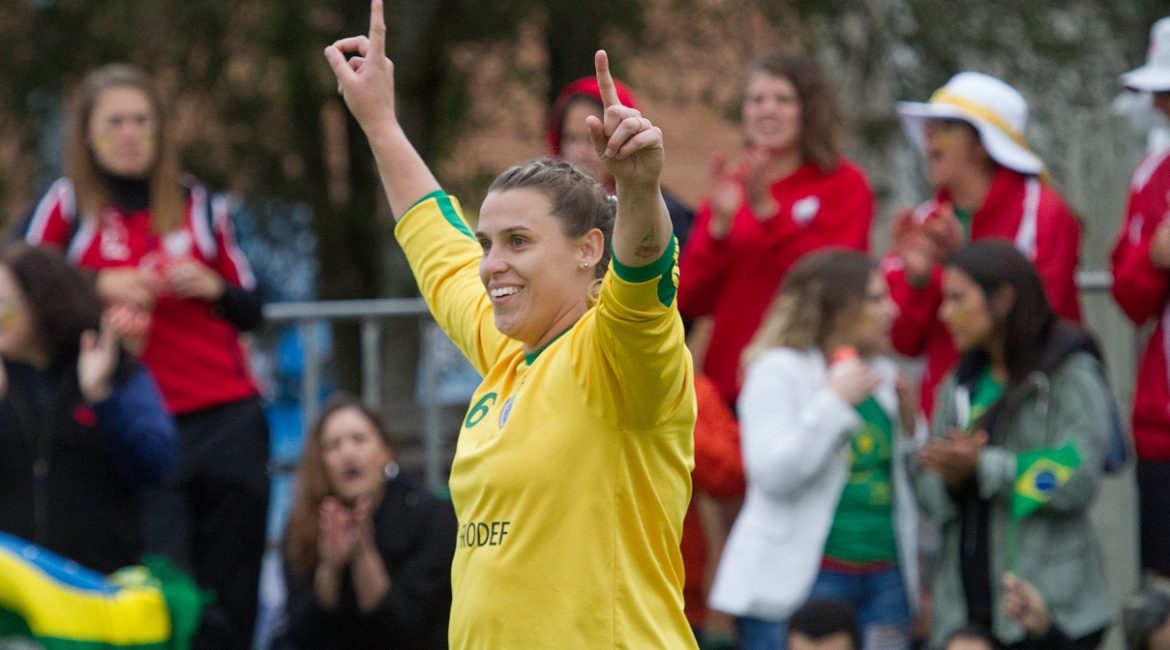 The stage is set for the IFA 2018 Fistball Women’s World Championship in Linz, Austria: the teams from the participating eleven nations have arrived well, and the preparation work has been completed successfully by the organizing team.

The tournament will start with the first set of games at 1 pm: Argentina will face the Czech Republic, and Poland will play against Italy. In total, eleven matches will take place today, as well as the opening ceremony at 5:30 pm.

Defending champion Germany secured its fifth title at World Championship 2017 in Curitiba with a 4:2-win over Brazil. The Germans are also the top contenders in Linz, although the team of coach Silke Eber will miss defender Michaela Gryzwatz who broke her arm at the final practice session.

Switzerland is another contender for the title. After three unsuccessful attempts, the Swiss won Bronze in 2016 in Curitiba. Seven players from then are again in the 2018 team in Linz where the squad around captain Natalie Berchtold wants to build on the sucess from Brazil.

Hosting a World Championship is always something special: following a disappointing fifth place in 2016, Austria aims to find its way back to success in Linz. The team of coach Christian Zöttl builds in their campaign also on the home crowd and hopes to make it to the final.

Argentina has been a constant participant at World Championships ever since hosting the first edition in Buenos Aires in 1994. The best finish of the Argentinians thus far has been a fifth place, which they drove home last time in 2010. The young team of coach Leandro D’Angelo is eager to show a strong performance also in this year’s World Championship.

For the fourth time participating in a World Championship is the team of the Czech Republic. In their last participation in 2014, the Czechs finished ninth. The young team of coach Jan Mazal hopes to do better in Linz.

A team to be counted with is Italy. In their two participations at World Championships thus far the Italians finished sixth, respectively. The team of coach Philipp Frasnelli also showed promising performances at the last two European Championships.

The team of Belgium makes ist debut in the international arena. Never before did a Belgian squad participare at a World or European championship. Their premiere match against Austria is hence a historic moment for the team of coach Sander Koyen.

Another newcomer is New Zealand. The team of coach Vikki Buston has kept a clean sheet thus far, winning all of its eight international matches at the Trans-Tasman Championships against Australia.

Poland has formed a team after last year’s World Games in Wroclaw. While the men’s squad already participated at the European Championships in 2016, the women’s team will give its debut in the international arena in Linz.

Serbia has sent a men’s team to international tournaments for about ten years. Now, for the first time Serbia is participating at Women’s World championships. The young team around attacker Kassandra Hagen, who plays for FB Elgg in Switzerland, hopes to show a strong performance in Linz.